http://normanfowlerconman.co.uk/tag/gumtree/ Whitwell – Theft at Rutland Watersports Day Sailing Centre, between 4pm 9.7 and 5.30pm 16.7.21, stolen from a boat 2 batteries and an electric board.

‘Hello. I’d like over the next few weeks to speak with those people that live & work in our rural villages , perhaps through community groups & parish councils so we can talk with you about our teams plans for the next 12 months. Paul.archer@leicestershire.pnn.police.uk’

Rutland has one of the lowest crime rates in the country.  If you have information relating to a crime or suspicious behaviour, please dial 101 and pass it to your local Beat Officer.  Crime is the responsibility of the whole community. 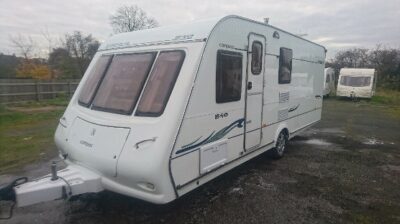 Theft from vehicle in Tescos Car Park, South Street Oakham, between 4-5pm 8.7.21.  One handbag and rucksack stolen, no information currently available re contents.

Criminal damage to motor vehicle parked in main car park of Rutland Showground, between 11am and 1.45pm 8.7.21.  Rear windscreen of vehicle smashed.

Vehicle crime – from driveway in Alsthorpe Road, between 6pm 9.7 and 11am 10.7.21, suspect(s) attempted to steal the front and rear number plates of a Jaguar vehicle.  Screws taken from front and rear number plates, possibly interrupted.  If you can help with any evidence of those responsible please pass it to the PC 1312 Joe Lloyd the local Beat Officer quoting crime ref 21*385095.

NB ; Thieves often steal number plates to substitute false plates and use the vehicle in crime.A simple means of frustrating this offence is to use safety/security screws, which can easily be fitted by you or your garage, but are extremely difficult to remove.  PCSO 6516 Diana Freeman, attached to North Beat, has access to some of these screws for Crime Prevention purposes so if you would like some please send her a message and ask to speak to her on this topic.

Whitwell – theft of vinyl cover, for cockpit of boat moored at Rutland Water Day Sailing Centre, off Bull Brigg Lane, during period from 20.6.21 to 12.7.21 at 10am. 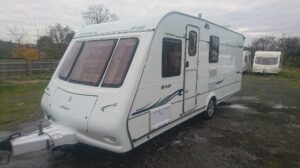 Crime gang involved in theft of £2.4million worth of vehicles jailed

Oakham arrest led to the arrest of seven members of an organised crime gang from Lincolnshire.  Men involved in more than 50 keyless car thefts to value of around £2.4 million, have been jailed for a total of more than 30 years.

The offences were committed across a number of different force areas with the gang members carrying out different roles to target and steal the vehicles during the early hours of the morning, without using the owner’s key, before driving the vehicles away to be stripped down to parts.

The parts would then either be sold online or transported by lorry out of the UK via ferry port to Lithuania.

But on 18 February 2019, when Leicestershire Police officers were called to a report of three Range Rover vehicles being stolen in the Oakham area, an immediate response led to one of the defendants Juozas Paulauskas being arrested near to the scene.

This led to further enquiries and investigation including analysis of CCTV and digital devices which led to other members of the gang being identified. All were arrested and remanded into custody with a significant reduction in keyless thefts of vehicles then being noticed across the region.

In total it was found there were 57 vehicle thefts which police could prove that had been committed by members of the gang across 10 police force areas. However it is believed the scope of the offending stretched far beyond this.

The dedicated investigation within Leicestershire was supported by officers from across the region and saw 61 digital devices examined, including laptops, mobile phones and satellite navigation, as well as 409 exhibits.

Officer in the case, Detective Constable Lucy Chafer said: “This has been an extremely long and complex investigation to bring a gang who were involved in millions of pounds worth of vehicle theft to justice.

“The group had no consideration for their many victims as they targeted high value vehicles and worked in a sophisticated manner to try and avoid being caught. But the determination of the investigating team has ultimately led to them all finally having to face up to their actions in court. Organised crime offences remain a priority for us in force and we continue in our work to bring those involved to justice.

“We would advise owners of keyless entry vehicles to take steps to help prevent theft of your vehicle.  This includes keeping your key inside a Faraday bag which blocks signals from reaching your key or alternatively keeping it in any metal container to block signal transmission.”

This was a very good result, but from one arrest at Oakham, this one gang demonstrates this offence is, lucrative (£2.5m), operates widely (at least 10 Force areas), attracting thieves who well organised, sophisticated (61 digital devices) and think big, international nature (Lithuania).  There are undoubtedly a number of these gangs operating in the East Midlands and if you have a luxury vehicle of this type, you must take extra care to safeguard it.  In the same way you are expected to have two levels of security with your IT products you would be wise to use a similar tiered system with your luxury car.  For keyless cars use a Faraday bag to shield the fob (cheap from Amazon or Halfords), and as a second tier either immobilise the car, use a krooklok to secure the steering wheel, and/or block the car in with another vehicle (not keyless), so even if thieves can access it, they cannot drive it away.  If you can frustrate them, you may save your car.

Two Leicestershire (Oakham) officers are to receive an award from the Royal Humane Society after they helped save the life of a cyclist.

PC Joe Lloyd and PC Laurie Appleton were driving along Lands End Way in Oakham when they saw a cyclist collapse on the side of the road.  He had stopped breathing and had no pulse.

The officers contacted the ambulance service but began administering CPR for almost 16 minutes.

A volunteer doctor with the charity – East Midlands Immediate Care Scheme (EMICS) – Dr Leon Roberts, was close to the location and attended the incident.

A nurse who was driving by at the time, Sue Baker, also stopped to assist the officers until the air and land ambulance arrived.

The cyclist was taken to hospital and underwent surgery before being discharged a few days later.

The officers were nominated for Royal Humane Society Resuscitation Certificates by the cyclist himself.

After news of the nomination PC Appleton said:  “It’s a lovely honour to be put forward for this award.  We’d like to thank everyone involved in helping at the scene – this was definitely a team effort with assistance from Dr Roberts and Sue.

“EMICS is a charity and the medical team who staff the scheme are all volunteers who rely on donations from the public to keep the service going.  Dr Roberts happened to be local to the area and was able to respond and assist us.

“We just happened to be in the right place at the right time.  We are pleased the cyclist has made a recovery.  We wish him well and thank him for his nomination.

PC Lloyd added:  “‘Like Laurie I am really pleased to be recognised by the society, we both feel like we were just doing our jobs and fortunately we have first aid training provided by our skills trainers at Leicestershire Police to thank for ensuring we have the training to be confident to carry out CPR.  It’s a good time to remind people who may not be confident in CPR to consider looking online to refresh their memory or even get involved in a first aid class.

“I’d also like to echo Laurie’s praise for Sue who was off duty at the time and jumped into action, Dr Leon Roberts who is a voluntary EMICS doctor who swooped in and in his calm and professional manner throughout, the EMAS paramedics and the team from the Air Ambulance.”

Andrew Chapman, secretary of the Royal Humane Society, said:  “Thanks to their swift action he is alive today but it could have been a very different story if they hadn’t reached him as quickly as they did.

“They were the right people in the right place at the right time.  In cases like this it’s essential that CPR is started as quickly as possible if it is to be successful.  This was almost immediate which meant that when the paramedics arrived he was in the best possible condition to be resuscitated.  They did a wonderful job.

“This is another of many cases which show the value of as many people as possible, not just members of the emergency services, learning CPR techniques.  It can, as it did here, make the difference between life and death.”

The Queen is the patron of The Royal Humane Society which is a premier national body for honouring bravery when human lives are saved.

Congratulations to Joe and Laurie.

Rutland has one of the lowest crime rates in the country.  If you have information relating to a crime or suspicious behaviour, please dial 101 and pass it to your local Beat Officer.  Crime is the responsibility of the whole community.

Officers are appealing for information after reports of abuse in Oakham

Officers are appealing for information after reports of sexual assault and verbal abuse in Oakham.

Around 6pm on Sunday 20 June it was reported that two 13-year-old girls were walking along Princess Avenue when they were followed by two boys who tried to talk to the girls and then touched them inappropriately.

Their parents came to assist them and reported that they were then verbally abused by the boys as they walked across the Princess Avenue Park.

The group left but soon after it was reported that two further girls were touched inappropriately on Princess Avenue.

Enquires have been ongoing and officers are now appealing for anyone with any information in relation to the reports to make contact.

Detective Constable Sam Bates said: “This was a distressing incident for the girls and their parents.

“This occurred in the early evening when many people are likely to have been out and about.

“We would like to speak to anyone who may have been in the area at the time and witnessed the incidents or captured anything relevant on dash cam.”

You can also visit https://www.leics.police.uk/ro/report/.

This is an unusual theft and perhaps might often go unreported, but it seems quite premeditated, the item stolen has little to identify it for resale or use, and the value is not miniscule suggesting there may have been many more of these offences over the preceding weeks.  If you have CCTV in this area, please check to try to identify the index of the vehicle involved.  If you know of other cases, in Oakham or Uppingham Town Centres, have any information regarding the description/identity of the unknown male please pass sit to PC 1312 Joe Lloyd, Oakham Beat Officer quoting crime ref 21*366329.

Affray – fight between 30+ males in vicinity of Wetherspoons and Bills Bar, High Street, approximately 11pm1.7.21.  2 arrests made, incident under investigation.  If anyone has any information which may assist, please pass it by tel 101 for the information of the officer investigating crime ref 121*367626.

Criminal Damage – to a Vauxhall Astra, parked Stud Road Barleythorpe, between 10pm 1.7 and 3pm 2.7.21 (Thurs/Fri).  2 tyres slashed.  If anyone has any information relating to the person(s) responsible, please pass to Police, tel 101 quoting crime ref 21*370848 for the information of the officer in the case.

Rutland has one of the lowest crime rates in the country.  If you have any information relating to a crime or suspicious behaviour, please dial 101 and pass it to your local Beat Officer.  Crime is the responsibility of the whole community.