Forty-nine vehicles have been stopped on the A1 during a three day operation targeting large goods vehicles last week.

During the three days of action, 49 vehicles were stopped; 32 HGVs, 11 LGVs and six private vehicles. There were 46 offences identified in total.

Inspector Marc Gee from Specialist Operations Unit, said: “It’s disappointing when people take risks with their lives on the roads. It takes it to another level when they are driving a large goods vehicle which has the potential to cause huge damage and endanger countless other road users.

“The intention of the operation is to enforce against fatal 4 offences that increase the risk to drivers and other road users, and try and engage with those people to improve road safety in Lincolnshire and reduce serious collisions. Officers from our Specialist Operations Unit will continue to use the unmarked lorry at various times throughout the year to ensure motorists who commit offences are identified and dealt with appropriately.”

Offences were as follows:

The offences were dealt with as follows:

Words of advice were given in two cases.
41 traffic offence reports were issued – this means the driver will either be offered an education course, handed a fine and points on their licence or go to court.
Two graduated fixed penalties were given out to drivers of foreign lorries.
One vehicle seized for having no insurance.
One case was dealt with using the VDRS (vehicle defect reification scheme).

Operation Tramline is a national operation, supported by NPCC, working in partnership with Highways England. It focuses on seatbelt, mobile phone, careless and dangerous driving offences.

This Operation runs in conjunction with #ProjectEdward – Every Day Without a Road Death.

Warning of Scam Emails Regarding Nhs Donations ALERT Criminals are targeting people with NHS scam emails. The NHS will NEVER ask you […] 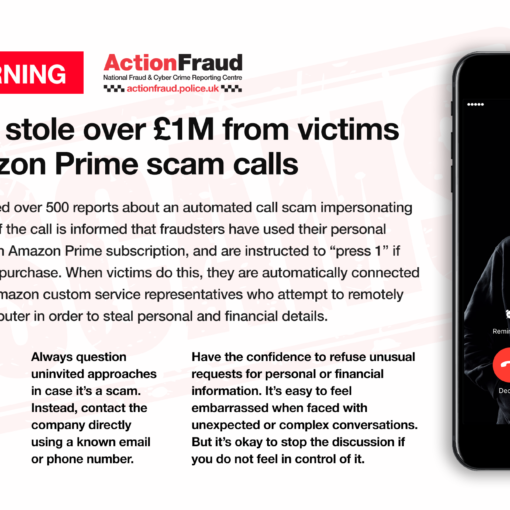 Report received of suspects posing as Police Officers making telephone contact with residents in Whissendine, stating they are making enquiries about the […]