•  1 Data Management: responsibility for the management of the App, the Rutland NHW Association website and our        database of members, including development work, where required;

•  2.  Police Liaison:  liaison with the Police and input of crime-related information onto the App and website;

•  3.  Membership Liaison:  liaison with members and clusters, together with recruitment of new watches, leading to wider coverage of the county;

Why is it necessary

•  3 years gradual decline in volunteers, board members, and cash.

1.  Priority – preserve Communication role: App, Website and Web App.
2.  ‘Bottom up’ rather than ‘top down’ working.
3.  ‘Watches’ to have more say in local development.

4.  Permit stand-alone services according to demand and volunteers

Last year at the AGM, we focused on the key problem we faced, a lack of volunteers.  Unfortunately, recruiting over the last 12 months has been disappointing, showing there is little appetite to support the Association in its current format.  Currently, two people (volunteers) are being asked to do too much, with important functions such as Recruiting, Promotion and Fundraising performed on an ad hoc basis.  This cannot continue and now we must make changes.  We have prepared proposals we will outline.

The Police are seriously understaffed and despite their re-organisation and new priorities, it would be a mistake to think they can, or would be able to help us.

Crime in Rutland, compared to the rest of the Force (and nationally) is relatively low with few of the most serious crimes (1 robbery per year), but it continues to increase for the third year in a row with an average of only 1.8% of reported crimes going to court.

In addition, there continue to be repeated thefts and burglaries (non-dwelling) of significant value both in Rutland and the surrounding counties.  This is not a criticism of our four Beat Officers.  A lack of crime scene evidence, local investigators, uncertain response times for cars, and offences committed by determined and organised teams who work cross border, make these crimes awkward to analyse and resolve.

Since they show no sign of stopping by themselves, we will seek an interview with the Neighbourhood Inspector to see how they might be better addressed.

We will liaise with the Police to see if there is anything more useful, we can do to help, but with our current resources our role remains mainly to focus on our Communication network.  To keep those living and working in Rutland:

i. Up to date with the Crime situation;

iii. Promote the gathering of intelligence for the Police; and

iv. Urge all victims to report all crimes.

It is self-defeating to ‘save time’ by not reporting crimes because you do not think it will be ‘cleared up’ or because you cannot make an insurance claim.  Crime reports are used to give Police a better picture of offending and decide on posting police officers (to Rutland).

We are a Limited (not for profit) Company and a Registered Charity composed entirely of volunteers.  We do not have any regular income, have no funds in our account, and without fresh volunteers are unable to fulfil current aims and plans.

The Vision for re-structuring is that the priority will be to preserve our core Communication role via the App and the Website.  Elsewhere we will work to install ‘bottom up’ rather than ‘top down’ working, giving Watches more say in local development.  We would expect certain stand-alone services to appear, but they will vary from area to area according to demand and volunteers.

The Proposals for decision at the AGM are:

a.  to secure continued funding from Rutland County Council (hosting fee has been agreed for next 12 months), and other sources (e.g. Police and Crime Commissioner; Donations – operational facility now fitted to the App).

b.  We will also follow up on the suggestion at last year’s AGM (15.7.19) to approach the Parish Councils for small yearly sums and help with Communication with their Parishioners.

3. Additional funding will be sought for other technical costs, to support use of domain name, website maintenance costs, development work on the App, and website changes (to address the Board deficit), plus new promotional material.  If available, any remaining cash could be used to conduct a full audit of Neighbourhood Watch Members.

4. Further activity in the future could only be contemplated if new volunteers are found.

Should anyone be interested in helping with anything outlined above, particularly promotion of the app and helping to coordinate links with the Parishes, please contact either Ruthven Horne or Adrian Gombault.

Despite the downbeat elements of this report, we have put forward what I consider a sound, achievable basis for change and future development.  I am optimistic about the future, but all must realise times have changed and we must adapt and aim for high quality.

Our audience, be they Neighbourhood Watch or simply residents and workers in Rutland, are better informed than at any earlier time.  They are used to high levels of ‘Service’ and convenience (be it Smartphone App, Web App, e-mail, Social Media or Newsletter), with the minimum of bureaucracy, where they decide what is to happen to them, their family, and their community.  High quality volunteers need to be recruited to meet all these criteria from our county pool of skilled retirees and 6thFormers.

With changing demographics in what is now described as the fourth digital age, the Police are becoming more transparent and welcoming of assistance from Volunteers, particularly those trained vetted of course.  With our Smartphone App we are ahead of all NHW’s in the country, and we must challenge complacency to ensure we remain there, coordinating, developing, and promoting our Communications and ensuring we help the Police and Councils keep Rutland to the fore in its quality of life and low crime rate.  Change is inevitable and Volunteering will increase rather than diminish in importance.

After 5½ years as Chairman and Acting Chairman of RNHWA I will be retiring as a Director at the end of this meeting.  I have thoroughly enjoyed my time on the board and would like to thank all those colleague’s past, present and local police who have helped me.  I will continue to work in a different role as a Police Community Volunteer linked to the running of the App/Website. I will remain a village Coordinator and, if approved, a Trustee with this group.

NB: On 29.6.19 the AGM of the Executive Committee of the Force wide NHW decided that after 3½ years, due to a lack of both progress and volunteers for the Committee they would change their role to one of ‘light touch’ oversight, liaison, and co-ordination. A form of words to address this change will be drawn up n the next 3 months.

OUR NEWS December 2021 The December newsletter for Neighbourhood Watch supporters across England and Wales can be read here. This edition features […] 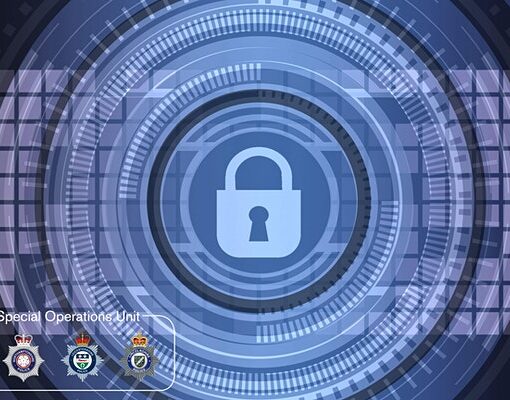 FEB. 08 Online Safety Advice for Parents by East Midlands Special Operations Unit for Cybercrime Free   Register We advise on how to […]

Following the tragic death of Sarah Everard, the Home Office have launched a third round of Safer Streets funding, providing Police and […]