Following the siting of what was believed to be 10 migrants last week and feedback to Rutland NHW identifying where they were a few days later which was shared with the police, yesterday six migrants were detained in a Rutland village and handed over to the Home Office.

Leicestershire Police were called to the A1 by Greetham yesterday on Thursday following sightings of them.

A police spokesman said today, the suspected migrants were detained on suspicion of immigration offences and handed over to the immigration service. 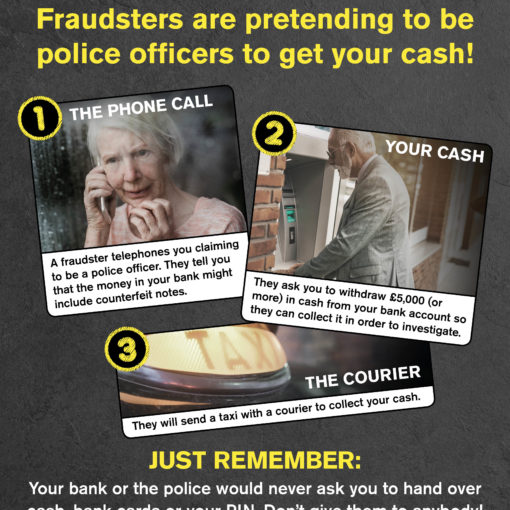 We need your help to prevent “Courier Fraud”!  Please be aware of fraudsters targeting elderly and vulnerable victims. What is it? Courier […]

‘Good news! The lifting of the Coronavirus lockdown offers us the prospect of renewed access to Oakham police station (currently suspended). With […]

We pleased to announce our February OUR NEWS newsletter  can be read by clicking on this link. This monthly newsletter, created by […]